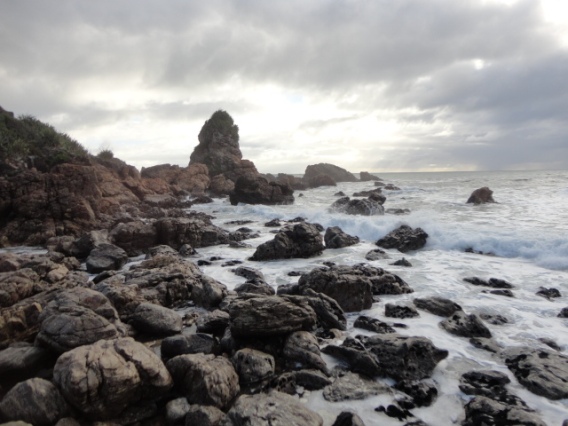 Finally made it to the South Island. With the flip of a coin, we decided to take the west coast. Driving through wineries was beautiful, little did we know, we would be returning to these wineries later, on our exploration. The road to Nelson was wild, through a winding pass and some many drop offs. After making it to Nelson, we decided to stay, it was also the first place we found with a shower after 5 days. The town was pretty big for New Zealand, located on the coast with stunning sunsets. We stayed one night, as our goal was to make it as far south as possible before the winter set in. 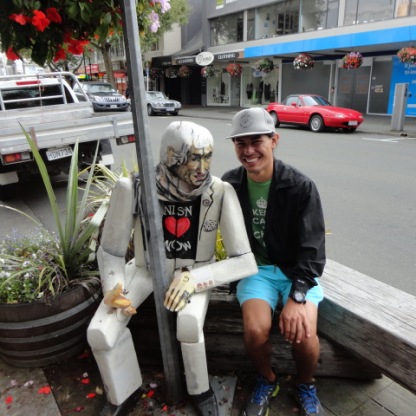 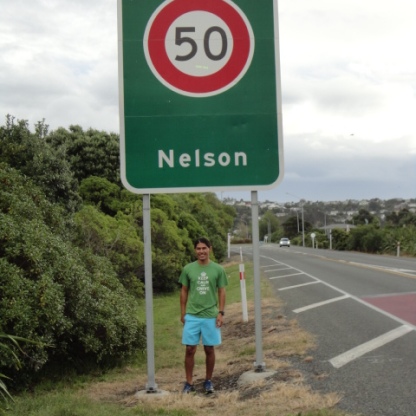 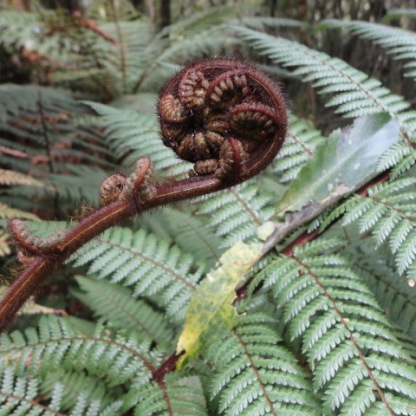 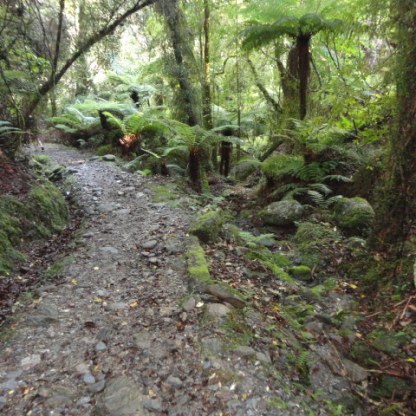 We found a job lead online, using backpackerboard. The job was doing housekeeping at the Rainforest Retreat in Franz Joseph. We thought it would take us two weeks to get there from Nelson, it took us 3 days. The drive on the west coast of New Zealands South Island is absolutely breathtaking. Towering cliffs leading to rainy beaches with huge surf on one side and dense rainforest on the other. Definitely one of the top most beautifully unique roads to drive on. We stopped at the Pancake Rocks in Punakaiki, funky looking rocks located off the coast. Made it all the way to Greymouth, a small town but it had a Countdown and The Warehouse, which was always good for free wifi and cheap bread. After camping in the industrial area of the town, we headed further down the West Coast. We chilled in Hokitika to see the Hokitika Gorge and all the strange drift wood sculptures on the beach. The teal glacial water of the Gorge made you thirsty. Of course the sandflies were around to distract you from the beauty. Finally, we drove through a few more small towns before making it to Franz Joseph. 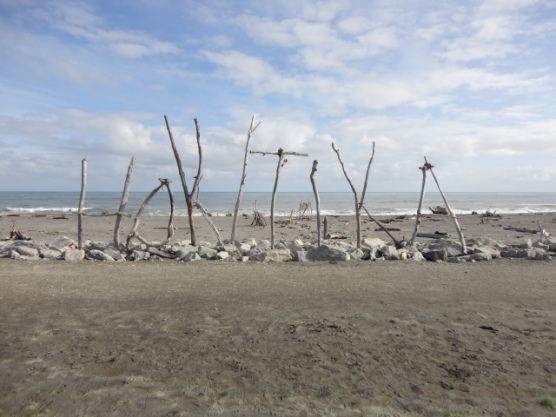 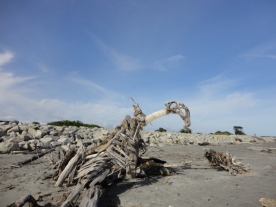 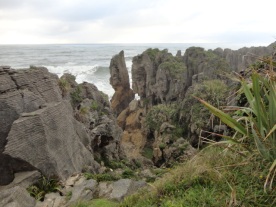 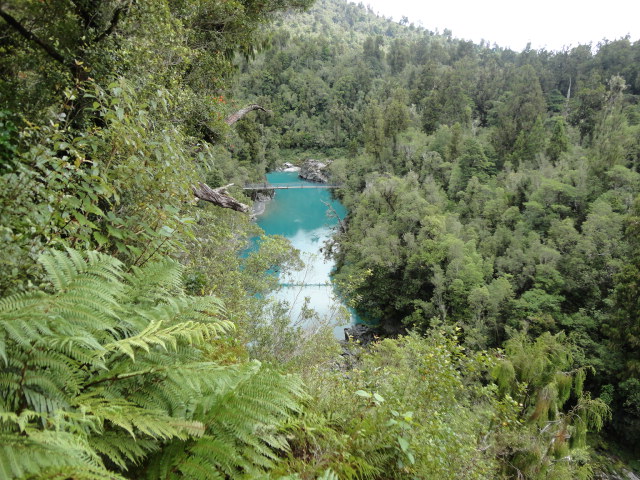 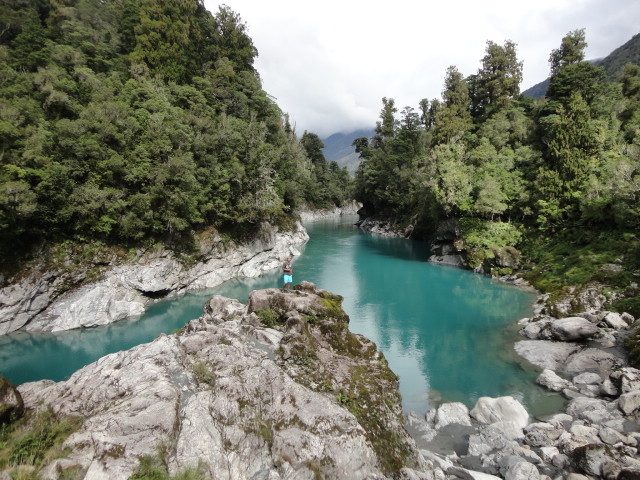 This town was tiny, it was located in the Glacier Country but surrounded by rainforest. We signed up to wwoof(World Wide Opportunities on Organic farms) for two weeks. The work we did was pretty easy stuff, mostly cleaning up the rooms after the Kiwi Experience and Contiki backpackers wrecked them. Only 4 hours a day and we got free accommodation, laundry coins, a free meal, and 2 free drinks at the bar, called Monsoon. This gave us a reason to go to Monsoon every night. There was always something to celebrate: someones birthday, a wwoofer is leaving, it was Tuesday.

Two weeks passed working the Rainforest Retreat, and one of the workers asked what’s our plan. We had none. So our coworker told us to bring our laptops and be prepared with a resume (CV), they called it. She had also traveled for a few years already and knew how to make money while traveling. There we were, all on computers and she sent us multiple job links of all sorts. Random, one was at a ski resort. Snow, cold, winter, everything we were avoiding with, but we applied. Our two weeks came up but decided to stay a few more days. 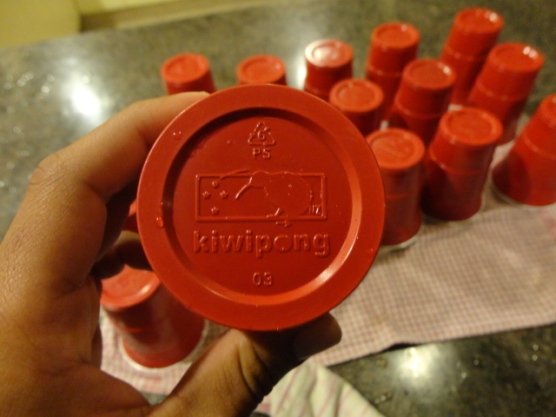 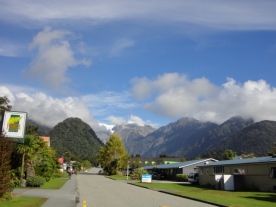 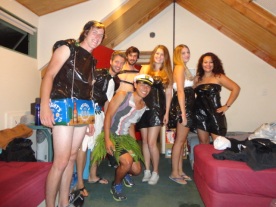 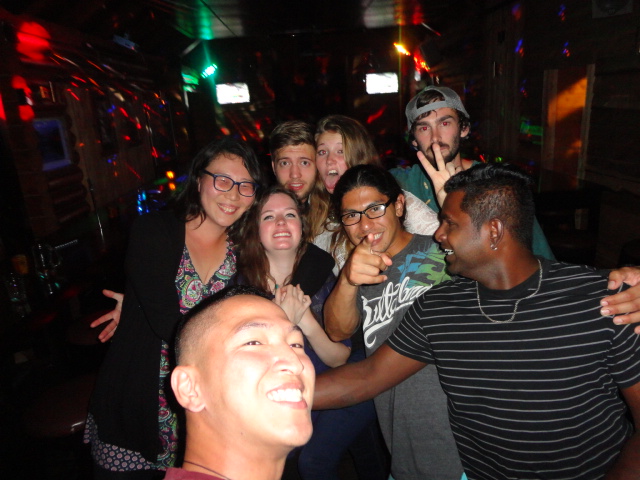 Oddly after leaving Franz Josef for more exploration, we got an email back for the ski resort job. So there we were in this amazing small town, Wanaka. We got mentioned about it but being there, it felt incredible. A small town with a main road less than a quarter mile. One side, the shops the other Lake Wanaka with mountains in the background. Breathtaking. And the best part about it, we did an interview with Cardrona Alpine Resort. We actually did a duo interview. It was a match, we felt good about our chances just had wait for the email conformation. 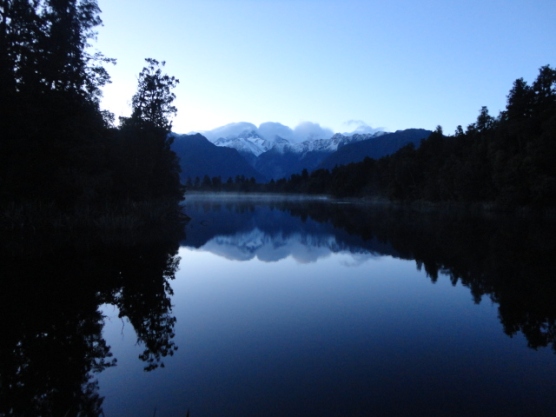 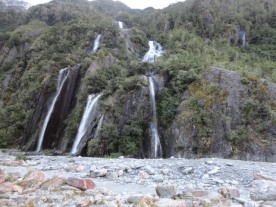 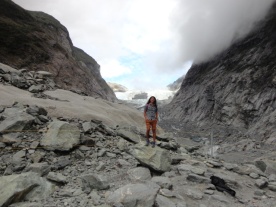 In need of a shower, we listened to a friend and snuck into a hostel. It was a bigger one so all we had to do was act normal. We found the shower room and took care of business and all of a sudden the fire alarm went off. Thought to myself, this can’t be true maybe its just to scare us since we didn’t belong there. Shouted out to Ben and agreed to just finish quickly. Next thing a worker knocks on the door and tells everyone to exit, there’s a fire. Not wanting to get caught we changed as fast as possible, it was a moment to fend for yourself. At the main exit, the employees were lining up everyone but since we shouldn’t be there at all, I took a sharp left to the car park. We all met at the van and laughed at the whole situation. All we wanted to do was shower.

We stayed in the town for 3 days and moved further south to Queenstown, and before I forget we had a hitchhiker with us, sort of. They had also worked at the Rainforest Retreat with us. The drive was simply impeccable, giant mountain ranges on both sides, the trees were beaming with the Autumn colors. The drive had multiple stops, just to take it in. Finally we made it to Queenstown which was our Original goal. Another small town with a bigger Main Street. We had a friend there waiting to meet up and gives a tour of the pub scene. It included mechanical bulls, giant liter beers, burgers and agreeing to bungee jump. 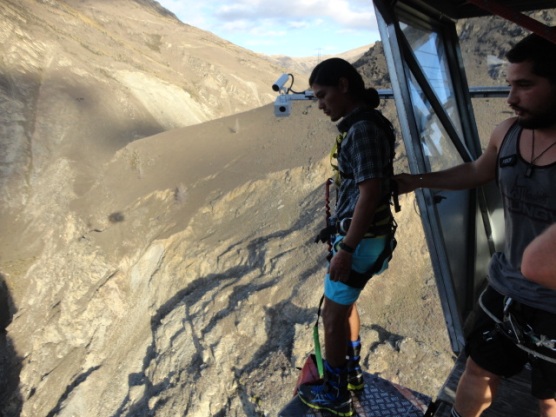 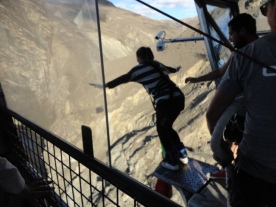 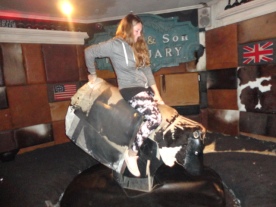 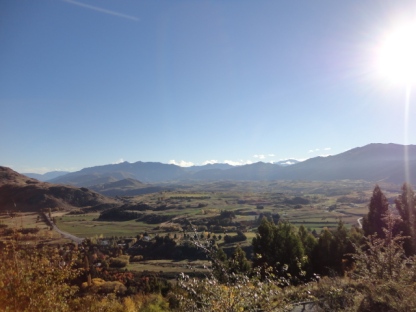 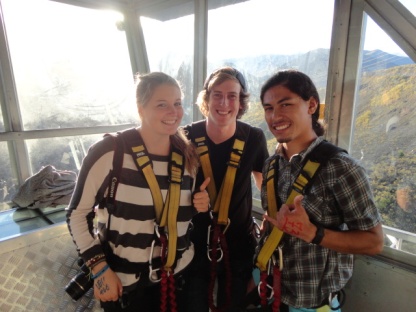 Somehow we said yes. Next morning bright and early Ben and I met up with the friend who happened to be celebrating the birthday. We bought our tickets at the hostel, it was slightly cheaper. *Travel tip check with your hostels/hotels/resort about trips before going to storefronts. * After getting settled with our tickets it was a waiting game before the bus came. The site of the bungee jump was 45 mins out the town and into a canyon. The set up was cable wires attached on both sides of the canyon and a pod hanging in the middle. You have to ride a cart above the canyon to get to the jumping spot. Its a enclosed room where you are properly secured by your legs and just wait for your name.

The room fit about 20 people with the workers, the floors were glass so you can see down 500 feet. It was my turn, you literally walk the plank, smile at the camera and jump on three. Wow! What a feeling that was! 440 feet on downfall.  Before you know it, you bounce a few more times and have to pull a latch to sit upwards. The ride up was a lot longer but you get to see the grandness of it all. I suggest to any thrill seeker to checkout the Nevis Bungee Jump in Queenstown, New Zealand.

Talk about jitters, after all that adrenaline, we were ready to eat and have some drinks. Queenstown is thought to be a party city of New Zealand but on a micro scale. Everything is overly priced and some of it over hyped. Overall it was a great time in Queenstown.

It took a weeks worth of waiting but we got the email for the job at Cardrona Ski Resort based out of Wanaka. We made our way back there in search for a flat. No luck and no money, the job was still a month away. Instead we decided to head back north to volunteer at the Rainforest Retreat. 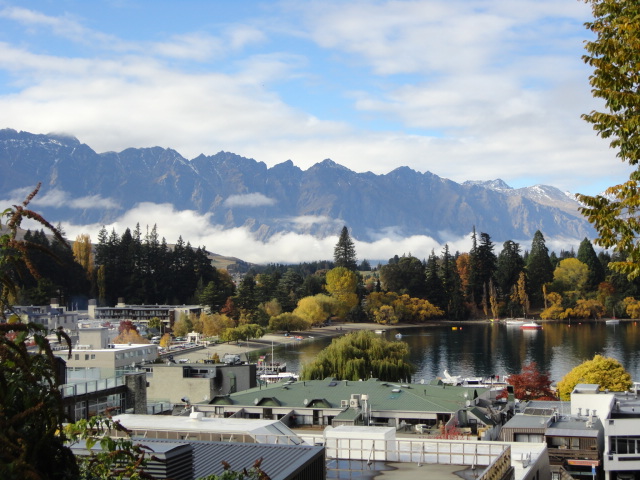