June rolls through with Brudah Bin back from Bali and an old sister. After days of non stop work, Junior(I) woke up early to go pick up Ben from the airport. As I was strolling down the pick up section of the airport I found a golden guy. It was Ben, as bronze like I never seen him before. In his backpack, two litre bottles of Jack Daniels. As Sveet! Unfortunately he had to drop me off at work because for the third time in one year I got a flat tire on the bicycle. Another 16 hours of work awaited me.

As our friends from Mindil Beach Backpackers were having a party and a full day of work for myself I joined the others at the beach to celebrate life. Our flatmate Pier was doing some production at a pub in town. So after some time at Mindil we (7 of us) hopped in Federico and Slava’s van. To town it was. Back to the car park of the place I just finished working and the first time driving a scooter. Google Mapped the place and made our way there. Celebrated life with new people and listen to some music. 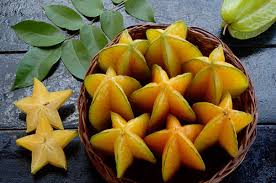 Morning followed by finding people at our house, the homies from Mindil Beach. Everyone chilling, talking and happy about life. A few went to market to get some nice fresh fruit and vegetables. With curiosity, we tried for the first time a Star Fruit. Awesome looking and Delicious! As more friends joined a swim in the pool, we cooked up a nice feast. Roasted vegetables, purple sweet potato mash, cous cous and most importantly fresh made tortillas. Ben’s arrival was sweet as. We went to watch the sunset at Mindil Beach and listened to our friend Like from the Netherlands jam out with guitar. And to top the day off, we went to an outdoor screening of a marine life documentary, projected by a solar and old fry oil powered bus. Beautiful documentary, not sure the name, David Attenborough narration though.

Over the next five days our van made three trips to the airport. We spent our last days with the brother Giacomo. He was headed off to Melbourne then Berlin, Germany in the pursuit of happiness. Ben dropped him off and a couple of days later we made a surprise pickup of our sister Audrey. A couple months after us meeting in Melbourne and her doing some traveling she arrived to discover Darwin again. She ended up just living with us and enjoying the Good Vibes of Darwin.

Whilst riding his bicycle to work, Ben somehow lost his front tire to a bump. He was rewarded with some nice scars on his body.  And laugh because I am as I write and as Ben did when he told me and as his reaction getting up from his fall. As we should do when upset or sad, it can only lead to smile and happiness. Everyone be Happy you’re Alive.

Again, another week of long work and finding work for Audrey,several Actually. Saturday night arrived and all three of us were home along with the cousin Robbie. We got ready for a Jungle Party at the George Brown Botanical Gardens. Costume parties are always fun, so we painted ourselves with dust from the red rocks and made some clothing with palm leaves. With Audrey staying home, Robbie Ben and Junior walked to the Botanical Gardens. We followed the sounds of music in the air and ended up on the dance floor of some live tunes but to our quick surprise we were simply out of dress code with no shirts and painting on our bodies. It was a wedding, coincidentally and we were not welcomed there.

As we listened for new tunes in the darkness, we followed and ended up at the right place. Amazing costumes and found our friends and made new ones. Danced on the stage and enjoyed life. Soon there was a last call for a big shuttle bus taking the party goers to a club in town. It was like a field trip back in Elementary. Danced some more, enjoyed happy people met some more Cowabunga People and enjoyed a great live show of drag. These were nice and happy people so everyone treat them as human and enjoy their presence.

Another wake up of people at the house and a Sunday. Before the Jungle Party Ben and I made Fresh Basil Lasagna Pasta strips for the next day. So to cook I went, created a plant based Besciamella as the Italians say and cooked the stuffing of many vegetables and fungi. Somehow constructed a “Vegan“ Lasagna and took a trip to the Yoga Festival. Did some stretching and catching up with friends from work. Made our way home and popped that bad lasag-na into the oven. Enjoyed a beautiful  Photosynthesized made dinner. The Mindil Crew later joined and had some cabbage with the enjoyment of life. The same ol’ same ol’ work for the week. It was also another see ya to a friend, Charlotte, I worked with her at the cafe. She was definitely cowabunga and also from Blenheim, New Zealand our Kiwi Retirement Home. Charlotte left to Italy to live and the pursuit of happiness. Her childhood friend and our friend Katrina left also, to Byron Bay which we’ll find her later.

With all his free time, Ben collected stuff for our food truck at the local outdoor shop. Table, Water Tanks, Hose Faucet, Grill, Stove, Pans, Barbecue, Solar Panel, Snorkel Gear, Power Box, and much more free by Georging the system. The little time Ben & Junior(I) was around 16:00 for an hour, this was also my break from both jobs. A nice park with the view of the beach on the Esplanade. We’d fly like paper and get high like planes with throwing the frisbee or kick the fútbol. At Char we rarely finished at the same time. Every Friday we would go on hunt for our fiend and bread giver Matthew at Mindil Beach with no success. Towards the end of June I came to the realization that Char isn’t for me. Work is suppose to be fun not something you dread going to. Also my body was tired, at one point Junior woke up in the middle of the night looking for a food order I was dreaming about. That’s when you know you are working too much. It was a countdown to finish from that place. One of the worst place to work.

George, Georged, Georging: Meaning not to steal but borrow, take advantage, to gain, as a backpacker you have use every opportunity you can to help you in a positive way and never steal from anyone.